COVID-19: A Life and Money Killer- The struggles of the NCAA and NBA 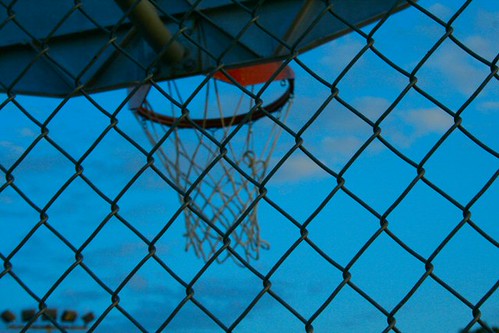 "Basketball Hoop" by LabyrinthX is licensed under CC BY-SA 2.0

In March 2020, our world was set astray by the novel Coronavirus, formally known as COVID-19 (if you want to sound smart), and businesses across the world were shut down and struck heavily by this virus. The sports industry was no exception to this. The annual NCAA basketball tournament, commonly referred to as March Madness, was cancelled. Additionally, the NBA shut down the league and reopened months later with no fan presence. Let’s dive into the economic impact of these events.
First off, let’s break down how a sports league makes money. The income of a league is split into two general categories, national revenue and local revenue. National revenue consists of TV, merchandising, and licensing deals. Local revenue consists of ticket sales, concessions, and corporate sponsorships. Seeing as Coronavirus has led to no in-person viewership, the entire local revenue essentially dissipates, leaving only the national revenue to support and provide for the league. Now that we have some background information let’s backtrack to the Spring of 2020 (I know, why would we ever want to endure that again).
Initially, the NCAA cancelled their annual March Madness. This tournament is referred to as the “NCAA’s bread and butter” because it takes in more than 75% of all the NCAA’s revenue. Already, we see the drastic impact Coronavirus had on this league. Now, we can look into the national and local revenues of the NCAA. Hypothetically, let’s say March Madness was played like the NBA bubble, with no fans in attendance, there goes all your local revenue right there, which for the NCAA is supposed to be an estimated 933 million dollar loss because of Coronavirus. Now for national revenue, the estimated loss was another 867.5 million dollars. These are two mammoth amounts which impact a college’s future sports programs. All of this money would be vacuumed back into the NCAA and provide services in the ensuing years. Now, because COVID-19 infected us, these next couple years of the NCAA will be lacking funding and have a more difficult time offering athletic scholarships, supporting legal services, and sponsoring teams. Enough about college, let’s let the professionals take it from here.
Here goes this, National-Basketball-Association, the NBA. Let’s start off with a brief timeline of events:

May 23, 2020
NBA announces they are intent to resume season in Orlando, FL

July 22, 2020
NBA play resumes, the season is played out in Orlando with no fans in attendance

Now that we have some information, let’s talk about revenue. Obviously with this NBA “bubble” in place, there was no fan attendance and thus no local revenue (although you could pay to be a “virtual fan” and have your live feed displayed in the arena). As for national revenue, the money was there, but not at the usual level. One would infer that with no in-person attendance, people would be more drawn to watch the NBA games on their television screens, yet the viewership in the NBA Finals (the most prestigious and viewed game) was 7.5 million viewers, an unbelievable decrease of 51% from last season. This was due to the fact that the competition on television this Fall was immense with the presidential election and the fully-functioning NFL. Furthermore, the total revenue of the NBA was down 10% from last season, dropping for the first time in nine years. With that being said, if the NBA chose not to resume play in the NBA bubble, their projected lost revenue was 1.5 billion dollars. Considering this great number, the NBA putting 180 million dollars back into the NBA bubble was a strong business decision for the league to make, saving them from significant losses.
To wrap up all this information, these past eight months have caused drastic economic losses in our American sports industries. In all seriousness, the COVID-19 pandemic nearly squashed the NCAA’s income and took a colossal stab at the NBA’s, jeopardizing a booming industry we have in America: sports.