Activism and Exercise: The Bike Protest 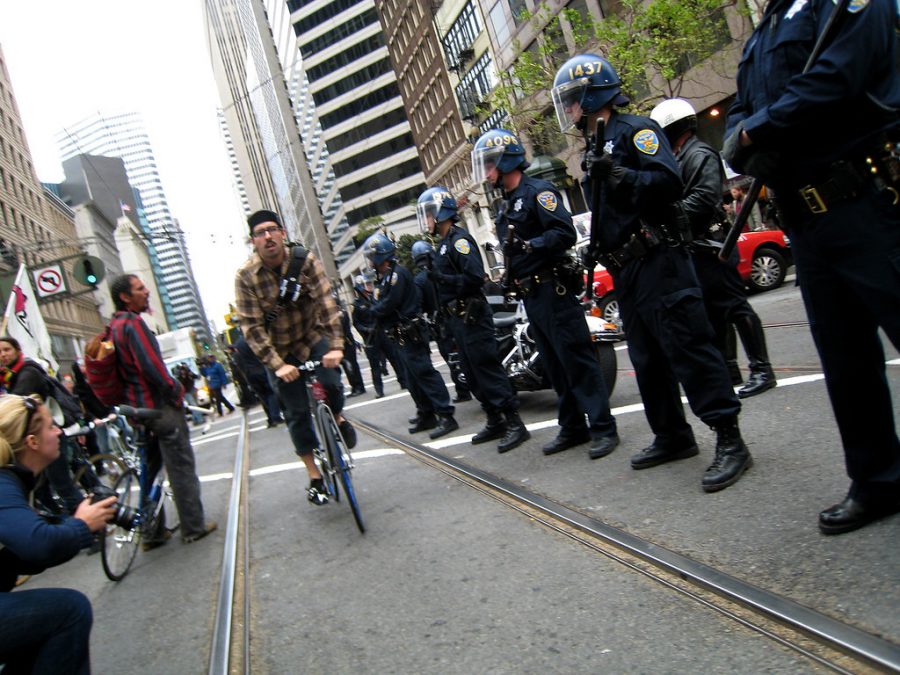 "5 years in Iraq Bike Protest" by dustinj is licensed under CC BY-NC 2.0

2020 has seen the rise of two seemingly unrelated phenomena: The increase in cycling due to the pandemic and the revival of the Black Lives Matter movement this summer. In New York and in other major US cities, pastimes and activism have hybridized to create a new form of activism – bike protests.

Although distanced, outdoor protests with masks pose little COVID-19 transmission risk, many felt too concerned to march this summer. Cycling, which allows for more social distancing than walking, enables those who are nervous about COVID-19 to join the BLM movement and exercise their activism in a way that fits in with their comfort level during this health crisis.

Rubin, a 21-year-old who attended a bike protest in June, said that “At first I didn’t want to go to the protests because of how scared I was of getting COVID, and it was great because I was able to get active on the bike and active in the (BLM) movement at the same time”.

Sarah Kieval, the 10th Grade ELA teacher at WESS, also attended several bike protests over the summer because she felt “our country was experiencing an emotional reaction to injustices that we were witnesses to, and I really felt my emotional response was to protest”. On attending a bike protest over a normal march, Sarah felt that cycling was more active and empowering, and since she regularly cycles anyways, she said, “I was using an everyday activity to voice how I feel”.

The bicycle symbolizes freedom of movement and swiftness and has been prominent in activism movements in recent decades, particularly among environmental groups that see the bike as a solution to car-packed, polluted cities. Cyclists also play a role in keeping protesters safe at walking protests. So-called “Bike Blockers” clear the streets for the marchers and act as co-operators against unwilling drivers and motorcyclists.

The cycling boom of 2020 grew out of the avoidance of crowded public transport, so a bike protest allows those who would rather cycle from their home to a protest to do so, further decreasing the COVID-19 risk. Additionally, cycling is much faster than walking, resulting in protest routes that can travel much farther and traverse more neighborhoods, not just centrally located commercial areas such as Times Square. This allows the protesters to reach and engage more people, as well as cycle through underserved communities who lack bike lanes as a way to draw attention to transportation inequalities, another facet of the systemic class and race inequalities in the US. Sarah thought “The message was more visible throughout the city. We got to go to neighborhoods who are probably most impacted by what we were demanding for, which was equitable, justice-based policing.” Even CitiBike, New York’s bike-sharing app which has frequently been criticized for exacerbating inequalities by not having bike stations in lower-income areas, supported the BLM movement by waiving the excess ride fees on Street Riders NYC protests throughout the summer.

Sarah noted that a large drawback of bike protests is that “People also see it as a chance to exercise, hang out, and get out of the house, and maybe they stray a bit from the message.” This raises the argument about whether the intention of protesters is more important than the number of people attending. Orlando Hamilton, co-founder of Street Riders NYC, expressed that a bike protest is “not a joyride. We’re just using the bike as a tool to protest, we’re not using the protest as a reason to bike”.  Exercise and socializing are not the best intentions for attending a protest, but bike protests can act as a gateway into the activism world for new supporters who may not feel comfortable attending a traditional march.

There is a case to make about how bike protests alienate those who don’t own a bike or who physically can’t cycle. Ultimately, bike protests “do limit accessibility, but they do reach out to a different crowd, gaining some people who might not come to other types of demonstrations. But you’re also losing folks who physically can’t (cycle)”, Sarah expressed. Because bike protests haven’t replaced normal marches altogether, people still have the ability to choose the type of activism to partake in based on their individual capacities and preferences.

Cycling is surging and the Black Lives Matter movement continues to pursue justice. A recent study predicts that commuting via cycling will double in many major cities by 2022. The spread of bike-sharing services, increased awareness about the environmental effects of cars, construction of more and safer bike lanes, and of course, the pandemic, are all reasons for this boom in urban cycling. As cycling pedals closer to becoming as commonplace as walking, bike protests may become the norm in the activism world.

The communal adrenaline of a bike protest is empowering for the protesters involved and striking to the people who witness them whizzing by, especially because Street Riders NYC sets a clothing color theme for each protest to intensify the atmosphere. The bike is more than just a piece of exercise equipment or a safe way to get around, but a means to express your activism in a way that aligns with the public health concerns of 2020.