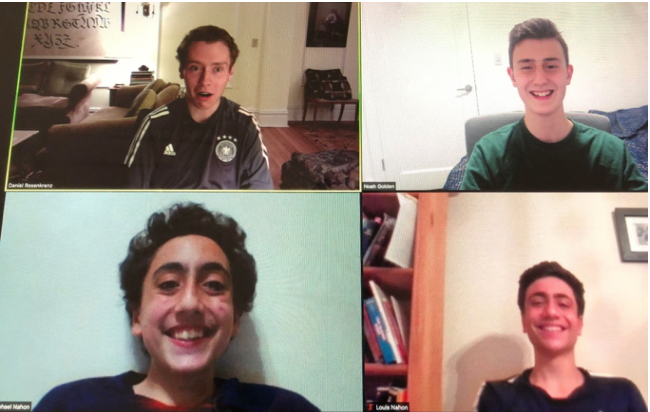 Back in February, Noah Golden (‘23) was tasked with finding a COVID-19 vaccination appointment for his Grandmother. Although she had an appointment scheduled for April, two months away, Golden decided to see if he could find one sooner. In order to obtain an appointment, he would have to navigate the myriad of vaccination websites, reloading each one in order to find an available slot.

In the end, Golden’s endeavor was successful: he was able to get an appointment for his Grandmother before the end of February. But Golden wasn’t done there; the experience inspired him to found VSS (Vaccine Schedule Service), a group run by high school students that aims to help New Yorkers find vaccine appointments with less hassle.

Finding a vaccination site isn’t as straightforward as one might hope because there isn’t one centralized database that can be used to schedule an appointment. Three main groups are offering the vaccine: the government, pharmacies, and hospitals. Depending on which you’re using to receive your vaccine from, a different website would be necessary to use. The city’s vaccine finder website has the widest breadth of appointments, but one central program has yet to be made.

As a result, obtaining a vaccine requires switching between websites and endless reloading as you wait for available appointments to pop up. With the scramble that emerges as soon as new appointments appear, it’s easy to get left behind. Especially for people that are less tech-savvy, this system can present challenges when signing up for a vaccine.

Golden himself experienced the struggle of trying to schedule an appointment while first helping his Grandmother.

“It was super difficult…I was calling ten times a day, and checking the website twenty, thirty times a day reloading, reloading, reloading – it’s like the wild west,” Golden said. “But once I started VSS I began developing a way to do it, including looking at the rhythm of which they update appointments so that we can maximize efficiency.”

The group’s aim has been to make signing up for a vaccine as simple as possible for their clients. When registering for a vaccine with VSS you only need to fill out a google form with the information needed to sign you up for a vaccination, and then wait. Once they’ve found an appointment, they’ll follow up to make sure the location and time work with your schedule. When locating appointments they primarily use databases such as the city’s vaccine website and affiliated physicians.

So far VSS’s process has been working. Since the service’s founding at the end of February, they have scheduled over 300 vaccine appointments, including over 60 during their first week in operation.

The team was featured on an NBC interview in early March where Golden was able to broadcast their mission to a large audience. It was this interview that allowed the program to kickstart by bringing in clients. Those who have reached out to get a vaccine appointment since have certainly been pleased with VSS’s work. Clients who have reviewed them on google praise the team for providing them with a “user-friendly, responsive and professional” vaccination process and describe Golden as “professional and highly efficient.”

Working with VSS has been a rewarding experience for founders and volunteers alike. Enzo Weiss (‘23) has been volunteering with the VSS since early March.

“It’s nice to know that you’re helping people out especially in a time like this where people really do need help and everyone’s so busy,” Weiss said. “If you happen to have some free time then you would be helping people who don’t or who are in need.”

One of the most unique factors of VSS is that it is completely operated by high school students. Due to the age difference between clients and volunteers, some clients may initially feel on edge about the program, but quickly learn that they’re in good hands.

“For one, I think it’s probably weird for them because they’re talking to a high schooler and these people are all much older than us; they’re middle-aged people depending on a fifteen-year-old to get their vaccine scheduled,” Weiss said. “Sometimes I’ve had experiences where people haven’t been too easy on me, but usually it’s pretty fine. People are pretty desperate for a COVID vaccine and they’re usually grateful in the end.”

If you’re interested in volunteering with VSS fill you can fill the following google form. Volunteers are trained by the main team and are responsible for checking the websites for vaccine appointments using the team’s procedure and contacting clients to give them the details of their appointment. It’s a great chance to get involved with the community in a topical and vital manner.

“You call people from different backgrounds and they’re so happy and relieved to get the vaccine,” Golden said. “Especially now when everyone is trying to search for a vaccine, and no one wants to get COVID, now is really the time that people should volunteer.”