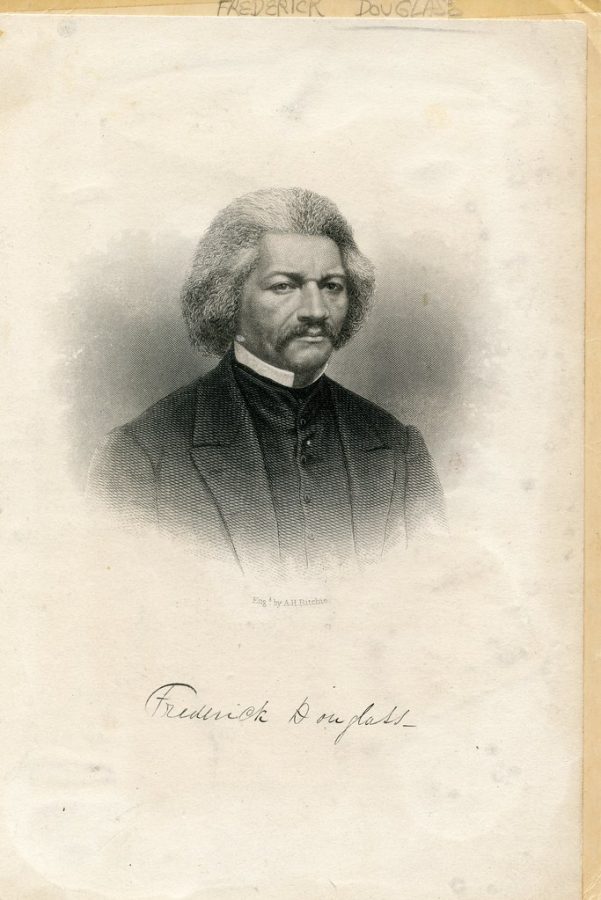 "Frederick Douglass as an older man: 1880 ca." by Washington Area Spark is licensed under CC BY-NC 2.0

Frederick Douglass’ narrative is a valuable primary source that gives a depiction of what slavery was like in 19th century. Douglass describes the hardships he faced, the horrors he observed and his unique perspective on slavery in his narrative. His writings describe real inhumane treatment, oppression,  and unreasonable amounts of labor that slaves were subject to. African Americans resisted physical, mental and spiritual enslavement  in various ways.

African Americans often resisted to physical slavery by sparking rebellions or escaping. Many African Americans escaped to the North to the free states or territories, while risking their lives. Others rebelled against their masters using different weapons that they could find. Although the majority of rebellions were unsuccessful, they left a long lasting mark on the masters. Masters tried to keep the information about slave rebellions from spreading as slave rebellions inspired more people to rebel. Slave rebellions ranged from large scale events like the successful Haitian Revolution to small scale events like Frederick Douglass’s successful rebellion against Covey. He gained confidence and was inspired to fight for his freedom.The freedom and the will to be treated as human motivated Douglass to resist. Douglass was able to overpower Covey and gain his freedom.

African Americans often resisted mental enslavement using different methods. Some  worked  slower and  feigned  illnesses. Others staged slowdowns, broke tools and produced low quality work. A resistance to mental enslavement could be observed in Douglass’s narrative, when a slave named Demby was whipped so severely, that Demby ran into a river to relieve the pain. The master warned Demby that he would shoot if Demby didn’t come out of the river. Demby mentally refused to come out and was shot. The master understood the mental impact it would have on other slaves who were willing to resist.

Apart from mental enslavement, African Americans resisted spiritual enslavement. Often, they practiced their own customs and traditions. By doing so, they created a sense of community where they used their own names and formed relationships with other African Americans. In the narrative, Douglass describes how he formed relationships with other slaves where they supported each other.