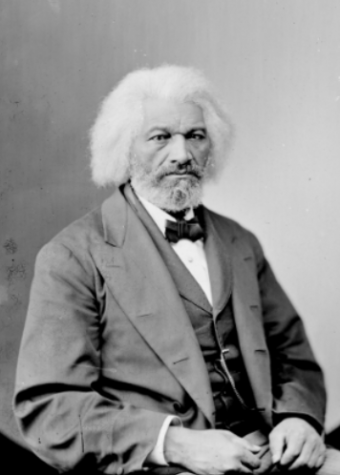 Douglass learned to read and write at a relatively young age of 12 from a Baltimore slaveholder’s wife. Unfortunately, he had to continue to learn to read and write on his own, as the slaveholder forbade his wife to teach Douglass, as he claimed that literacy unfit a person to be a slave. Mrs. Auld, Mr. Auld motivated Douglass to learn how to read and write indirectly. Mrs. Auld was the one who started teaching the alphabet to Douglass, introducing him to literacy. Mr. Auld opposed the teaching of Douglass, so that he couldn’t write or read as “It would forever unfit him to be a slave.” He gave Douglass the idea that education is power that can make him free and pave the pathway from slavery to freedom.

At first, Douglass regretted achieving literacy, as he understood that he is not made for slavery and that no human is. He portrays slavery as a curse, as he believes that he is unable to break from the chains of slavery. However, he was able to transform his negative experience into the desire to fight for his and other people’s freedom. When he broke free, he became an abolitionist, an activist and a fighter for social justice. His accomplishments contributed to the end of slavery in the United States, and afterward, promoted the human rights of recently free Black Americans.