Honoring The 44th Anniversary of The 504 Sit Ins 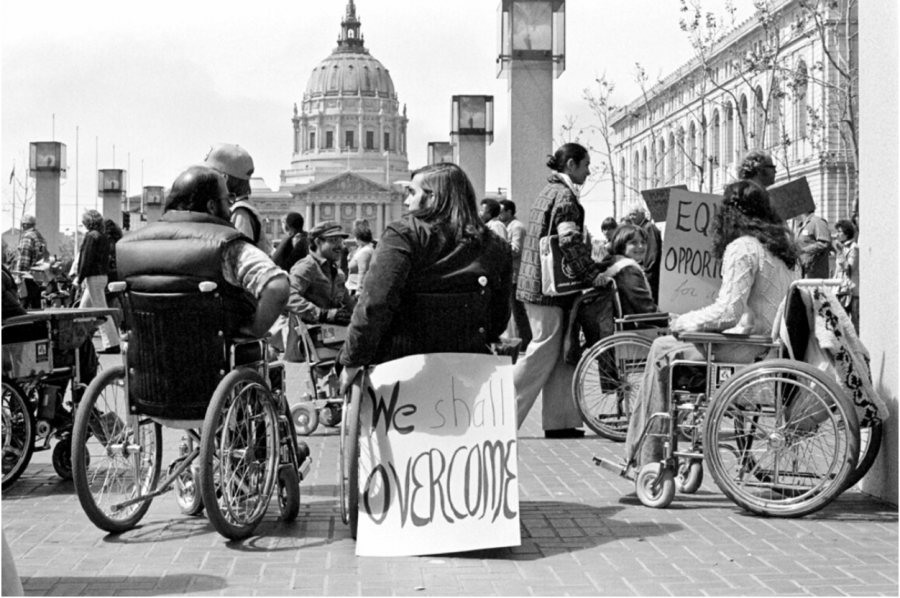 Imagine that you have spent your life needing to be carried down stairs because there is no ramp for your wheelchair, or attempting to attend events and realizing you have to return home because the venue does not accommodate your disability. This struggle was the reality for millions of Americans.

However, on April 5th, 1977, the ¨504 sit-ins¨ started. The movement focused on fighting for rights for the disabled. Hundreds of people woke up with plans to participate in one of the marches that had been going on for days. But by the end of the day, people came to realize that there was going to be a sit in in a San Francisco federal building with hundreds of disabled people. People with polio, paraplegia, cerebral palsy, spina bifida, blindness, and more. Disabilities that take away eye sight, hearing, and the abilities to speak clearly and move. The people facing these disabilities participating in the sit ins arguably should be treated with the best care. Yet it didn’t matter to the FBI.

After less than one day of the sit in, the FBI took away hot water and telephone communication (in a time when cell phones did not exist). For the disabled, both of these are vital for survival. Not having communication to emergency services could quickly result in death.

Despite the actions of the FBI, hundreds of disabled people found ways to persevere. They managed to get mattresses donated, they learned to communicate through windows of the building, they reached out to Black Panthers (a civil rights organization) to donate food, and according to James Lebrecht, they built a refrigerator out of an air conditioner and cardboard boxes.

Even with the effort they put in to gather support and resources, sit-in participants still went through remarkable amounts of discomfort during the sit-ins. After 28 long and painful days, there was success.

When section 504 of the Rehabilitation Act was originally passed in 1973, it had many promises for the disabled community. While the passing of 504 was very exciting, no regulations were actually put into place. It was as if 504 was just a piece of paper sitting on a desk, with nothing actually being changed after it was passed. It wasn’t until the 504 sit in that lasted for 28 days that concrete changes were actually realized.

On April 28th, 1977 Joseph Califano, the United States secretary for health and education, signed the regulations that disabled activists had wanted. Califano finally agreed to work with disabled people to give them the same rights as practically everyone else in the world. The regulations that changed lives banned employment discrimination based on disability, declared that every school, college, social service center, hospital, and clinic built after June 1, 1977 had to be accessible to handicapped people, and enforced  that disabled people could not be refused a job if they were otherwise qualified. The 504 regulations will forever be essential to the millions of disabled people across America.