WESS Side Stories • May 26, 2021 • https://wess-sidestories.com/2453/feature/gentrification-and-the-wess-neighborhood/

Gentrification and The WESS Neighborhood 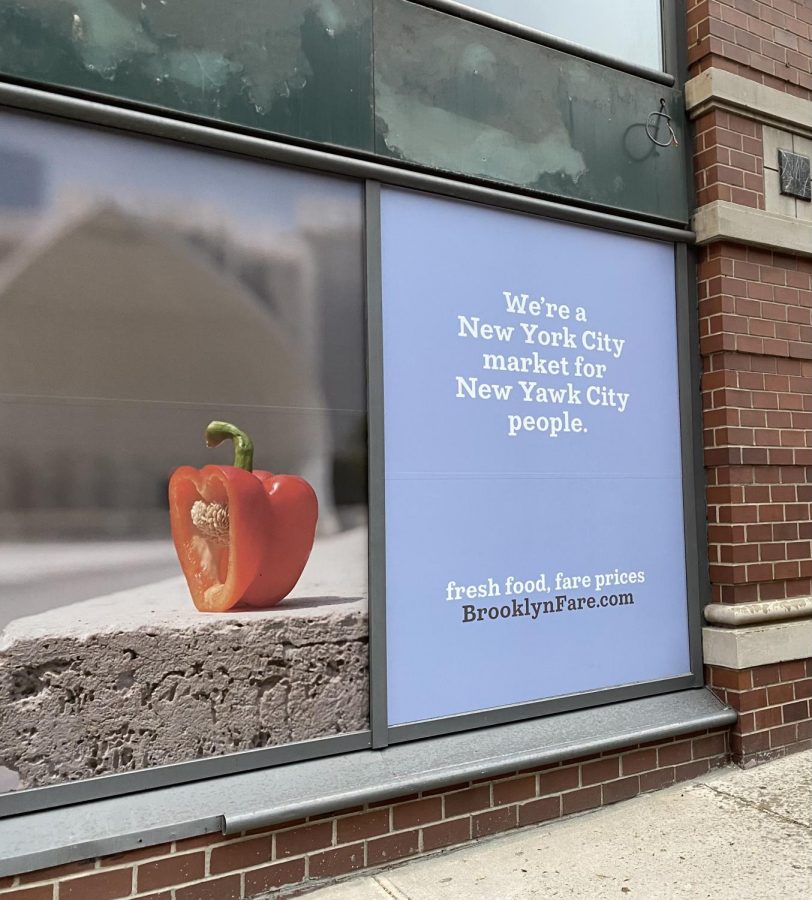 Even one of the most racially, ethnically, socioeconomically, occupationally, and religiously diverse and cosmopolitan places in the world is not free of corruption and a flawed, oppressive housing system. New York City is endlessly romanticized for its luxurious and expensive ambiance so much so one could forget that it is home to millions of lower, lower middle, and middle class citizens.

Gentrification appears in many forms. Obvious signs include rising rent rates, mass displacement of minority communities or low income residents, loss of a neighborhood’s character, replacing family-owned or small businesses with commercial residence or franchises, and lack of diversity. However these are all inevitable consequences of commercializing land in a country where capital is prioritized over affordable housing and the bare necessities of  the middle and lower class. Squeezing every last drop of cash out of land that could be used to house middle or lower class families is inhumane but far too common in our cities.

The Manhattan Village, now known as the most expensive zip code in New York City, was once a neighborhood which housed sex workers and a prominant LGBTQ+ community. The author of the novel How To Kill a City, P. E. Moskowitz, discusses the harmful effects of gentrification on his childhood neighborhood in the village, “a collection of small Marc Jacob stores replaced antique shops…wine bar replaced a deli, an expensive deli replaced the other one, a bank replaced the other Chinese food place…Gay people no longer really hung out of Christopher Street.” Moskowitz’s parents paid 65$ a month in the early 80s for an apartment on West 10th Street. Higher rent prices for commercial stores means the store will have to generate more profit meaning the overall tax revenue generated by these stores increase which means that the monetary value of the surrounding residential areas also will increase; that pattern puts families in a vicious cycle where they are forced to move because they can’t afford to live in their neighborhood is something that needs to be regulated differently than the way that it is today. On “7th avenue … St. Vincent’s- the neighborhood hospital…. Closed down to make room for a condo development that now takes up the entire block and where apartments go for 20 million.” Replacing a hospital with luxury rentals is a figurative and literal representation of the prioritization of profit over societal needs.

There are many government loopholes where contractors can get out of or work around regulatory requirements to maintain consistent rent prices, as well as directly buying retail or residential space from lower income families and residents from right under their feet. The process that enables contractors from gentrifying a neighborhood is zoning.

Providing a scarce amount of low income housing without the enforcement of reserved land for middle class housing opens a gaping hole in an already divided socioeconomic hierarchy. Although the government shouldn’t financially support the residents in potential middle class housing to the extent to which one might argue for the increase of welfare for the lower class, local governments should regulate the range in prices tenants and contractors can and cannot charge residents. This hypothetical form of regulation would apply to both residential and commercial spaces. Effectively regulating a set rate would enable stores to be competitive with larger and more popularized franchises without being bought out by them.

Westen Beef, formerly located on 61st and West End Avenue, was closed down and is being replaced by a new market called Brooklyn Fare. Western Beef provided affordable groceries and products to those surrounded by overpriced, overrated restaurants and other food suppliers on the Upper West Side. Western Beef was significantly more accessible and affordable than the new market replacing it. It used to be the supermarket I used and the supermarket of those living in the Amsterdam Public Housing right across the street. Despite the Upper West Side having generated and held large amounts of wealth for centuries, the gradual displacement of low income families, people, and businesses should be treated with the same level of urgency in both high and low income neighborhoods, especially in cities where affordable food, housing, and other commodities aren’t as accessible. Because there is no set regulation on districts providing accessible sources of assets to residents, Western Beef is one of the many businesses in the WESS neighborhood and in Manhattan that bears the burden of being bought out by a higher end, more expensive business in the government’s greedy and endless pursuit of money at the expense of their constituents.