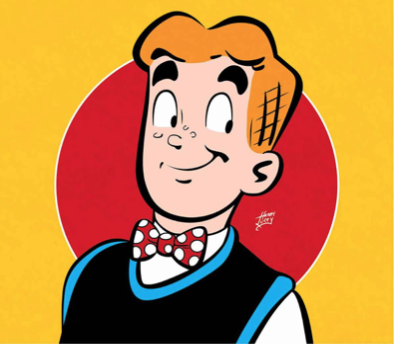 For almost a century Archie Comics, the characters being introduced in 1941, have been a staple of American culture. Most recently, the franchise celebrated their 80th anniversary, commemorating the long-lasting legacy of their characters and stories. In honor of 80 years of Archie Comics, let’s look back to where they began and the impact that the comics have had today.

The company responsible for Archie comics started as M.L.J. Magazines in 1939 which focused on superhero comics. The real beginning of Archie was in 1941 when the characters were created by John L. Goldwater and Bob Montana. As the company grew, the main roster of characters also expanded, with characters like Betty Cooper, Veronica Lodge, Jughead Jones, and Reggie Mantle, joining protagonist Archie Andrews. Archie is portrayed as a typical teenager who lives in the town of Riverdale, originally in Bronx, Riverdale but then made into a fictional town, and his misadventures with his two girlfriends Betty and Veronica, best friend Jughead, and prankster Reggie Mantle. The comics range from subjects such as Archie accidentally setting up two dates with Betty and Veronica on the same day and time, shattering and accidentally destroying expensive property in Veronica’s expensive mansion, or getting into long hours of detention at Riverdale High. The stories manage to be fresh, humorous, and the encompassment of good, clean, fun.

The franchise has been through many different artists throughout the years as well. Overtime, the artistic style has gotten more refined and simplistic at the same time. ll. The original works in the 40’s aimed for a slightly more realistic approach which mirrored the art of the time, while today Archie has developed its own art style and nature. While the old and the new styles may be 80 years apart, the same hilarious Archie-staple humor remains.

Its funny, relatable, and slapstick humor is what makes Archie Comics so special. Archie getting into numerous mishaps in school, messing up with Betty and Veronica, or falling victim to Reggie’s mastermind schemes and pranks are all what make the franchise what it is today. The most memorable instances of this humor often involve Archie at Riverdale High as he drives the Principal, Mr. Weatherbee, up the wall. These mishaps are totally relatable and every comic stays different and equally enjoyable.

As Archie has evolved over the years, so have the audience they are projecting to. Archie Comics has made more mature spinoffs of the characters such as the Archie: The Married Life series that creates two alternate realities, where in one he marries Betty and in the other Veronica. Probably the most popular spinoff is CW’s Riverdale that involves the cast of characters in a darker, more mature, universe compared to the classic lineup of stories.

I was very fortunate to be able to interview legendary Archie Comics artist Dan Parent, who gave his intel on the future of the franchise but also its evolution over his years of working for the franchise.

“I’d say Archie means a lot to people around the country since so many people have grown up with the characters. And Archie Comics have been a part of many generations now, so the characters are a part of our lives.”

Parent has seen the evolution of the Archie Comics world throughout its 80 years in circulation.

“During my time at Archie Comics, there has been an evolution. We’ve seen the introduction of more diverse characters, including characters like Kevin Keller, the first openly gay Archie character. And we’ve seen the creation of Riverdale, which has influenced a more realistic line of comics, while the classic line stayed alive and relevant too. I think the future is bright, because these characters are universal and timeless. Their 80 years in publication proves that!”

Dan Parent truly gives insight to what Archie Comics means to so many people – and what he said is completely true, because I myself, a lifelong Archie fan, feel the exact same way. The timelessness of the characters, the fact that they are now part of our lives has resonated with me and a statement that I totally agree with. So many people have grown up with Archie comics and the characters and neighborhood it inhabits. Reading them creates this nostalgic feeling that’s shared by millions of people, through the humor and the adventures that were portrayed in these iconic stories.

All in all, Archie Comics has been a pillar in teenage humor and an icon of American culture. Years of fun have been the outfront of what makes the company so successful. Hopefully this milestone will be one of many to come in the future, as Archie Comics will always be in the vault of the Golden Age of Pop Culture.