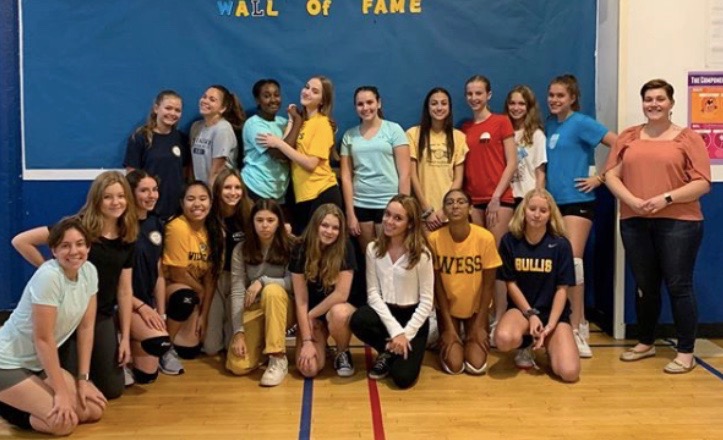 Last year, the volleyball team was making big strides towards becoming a successful PSAL team. After Shawn left WESS, we were all worried about who would be coaching. However, the AP Biology teacher, Providence, stepped in and became the new coach. Since then, the team overall has made significant progress.

Both varsity and JV have had the opportunity to practice at the John Jay College gym on a semi-regular basis. Even when we aren’t practicing at the John Jay gym, the team tries to make the most of the WESS gym and even the fitness room in the basement. Despite the low ceilings, the team makes it work. Drills are modified in order to work with the space provided.

We asked Jocelyn Belena what she thought the most prominent strengths of the volleyball team were. “People seem very dedicated,” she said. “Everyone always brings their all to the court no matter what.”

In addition, we interviewed Providence Ryan, our coach, about the team as well. In response to the achievements that she noticed across both teams, she said, “Both the JV and Varsity volleyball teams at WESS are exceptionally hard-working, which I think is a huge achievement. Every player is willing to work hard on their areas of improvement, ask questions to improve their playing skills, and no one ever gives up.”

Though the season is coming to an end, there is still so much to look forward to next year. With all WESS teams becoming part of PSAL, there will be a lot of change for the volleyball team in particular.

Providence commented, “Next season, I am looking forward to playing more games against other NYC volleyball teams. The volleyball players at WESS have been improving all season long, and are already a very competitive and successful team. I look forward to bringing that success to games against many more schools next year!”

With that, the volleyball team as a whole is anticipating what comes next.